In the past few years, the rapidly advancing field of cancer immunology has produced several new methods of treating cancer, called immunotherapies, that increase the strength of immune responses against tumours. Immunotherapies either stimulate the activities of specific components of the immune system or counteract signals produced by cancer cells that suppress immune responses.

These advances in cancer immunotherapy are the result of long-term investments in basic research on the immune system—research that continues today. Additional research is currently under way to:

Immunotherapy is treatment that is designed to harness the ability of the body’s immune system to combat infection or disease. Immunotherapy might produce an immune response to disease or enhance the immune system’s resistance to active diseases such as cancer. Sometimes referred to as biological therapy, immunotherapy often uses substances referred to as biological response modifiers (BRMs). The body usually only produces small amounts of these BRMS in response to infection or disease, but in the laboratory, large amounts of these BRMs can be generated in order to provide a therapy for cancer, rheumatoid arthritis and other illnesses.

Blocking the activity of immune checkpoint proteins releases the “brakes” on the immune system, increasing its ability to destroy cancer cells. Several immune checkpoint inhibitors have been approved by the Food and Drug Administration (FDA). The first such drug to receive approval, ipilimumab (Yervoy®), for the treatment of advanced melanoma, blocks the activity of a checkpoint protein known as CTLA4, which is expressed on the surface of activated immune cells called cytotoxic T lymphocytes. CTLA4 acts as a “switch” to inactivate these T cells, thereby reducing the strength of immune responses; ipilimumab binds to CTLA4 and prevents it from sending its inhibitory signal.

Progress is also being made with an experimental form of immunotherapy called adoptive cell transfer (ACT). In several small clinical trials testing ACT, some patients with very advanced cancer—primarily blood cancers—have had their disease completely eradicated. In some cases, these treatment responses have lasted for years.

In one form of ACT, T cells that have infiltrated a patient’s tumour, called tumour-infiltrating lymphocytes (TILs), are collected from samples of the tumour. TILs that show the greatest recognition of the patient’s tumour cells in laboratory tests are selected, and large populations of these cells are grown in the laboratory. The cells are then activated by treatment with immune system signalling proteins called cytokines and infused into the patient’s bloodstream.

The idea behind this approach is that the TILs have already shown the ability to target tumour cells, but there may not be enough of them within the tumour microenvironment to eradicate the tumour or overcome the immune suppressive signals that are being released there. Introducing massive amounts of activated TILs can help to overcome these barriers and shrink or destroy tumours.

Another form of ACT that is being actively studied is CAR T-cell therapy. In this treatment approach, a patient’s T cells are collected from the blood and genetically modified to express a protein known as a chimeric antigen receptor, or CAR. Next, the modified cells are grown in the laboratory to produce large populations of the cells, which are then infused into the patient.

Therapeutic antibodies are antibodies made in the laboratory that are designed to cause the destruction of cancer cells. One class of therapeutic antibodies, called antibody–drug conjugates (ADCs), has proven to be particularly effective, with several ADCs having been approved by the FDA for the treatment of different cancers.

ADCs are created by chemically linking antibodies, or fragments of antibodies, to a toxic substance. The antibody portion of the ADC allows it to bind to a target molecule that is expressed on the surface of cancer cells. The toxic substance can be a poison, such as a bacterial toxin; a small-molecule drug; or a radioactive compound. Once an ADC binds to a cancer cell, it is taken up by the cell and the toxic substance kills the cell.

The FDA has approved several ADCs for the treatment of patients with cancer, including:

Other therapeutic antibodies do not carry toxic payloads. Some of these antibodies cause cancer cells to commit suicide (apoptosis) when they bind to them. In other cases, antibody binding to cancer cells is recognised by certain immune cells or proteins known collectively as “complement”, which are produced by immune cells, and these cells and proteins mediate cancer cell death (via antibody-dependent cell-mediated cytotoxicity or complement-dependent cytotoxicity, respectively). Sometimes all three mechanisms of inducing cancer cell death can be involved.

One example of this type of therapeutic antibody is rituximab (Rituxan®), which targets a protein on the surface of B lymphocytes called CD20. Rituximab has become a mainstay in the treatment of some B-cell lymphomas and B-cell chronic lymphocytic leukaemia. When CD20-expressing cells become coated with rituximab, the drug kills the cells by inducing apoptosis, as well as by antibody-dependent cell-mediated cytotoxicity and complement-dependent cytotoxicity.

Other therapies combine non-antibody immune system molecules and cancer-killing agents. For example, denileukin diftitox (ONTAK®), which is approved for the treatment of cutaneous T-cell lymphoma, consists of the cytokine interleukin-2 (IL-2) attached to a toxin produced by the bacterium Corynebacterium diphtheria, which causes diphtheria. Some leukaemia and lymphoma cells express receptors for IL-2 on their surface. Denileukin diftitox uses its IL-2 portion to target these cancer cells and the diphtheria toxin to kill them.

The use of cancer treatment (or therapeutic) vaccines is another approach to immunotherapy. These vaccines are usually made from a patient’s own tumour cells or from substances produced by tumour cells. They are designed to treat cancers that have already developed by strengthening the body’s natural defences against the cancer.

In 2010, the FDA approved the first cancer treatment vaccine, sipuleucel-T (Provenge®), for use in some men with metastatic prostate cancer. Other therapeutic vaccines are being tested in clinical trials to treat a range of cancers, including brain, breast, and lung cancer.

Yet another type of immunotherapy uses proteins that normally help regulate, or modulate, immune system activity to enhance the body’s immune response against cancer. These proteins include cytokines and certain growth factors. Two types of cytokines are used to treat patients with cancer: interleukins and interferons.

Topic of Cancer is a registered charity in England and Wales, registered no. 1151079. 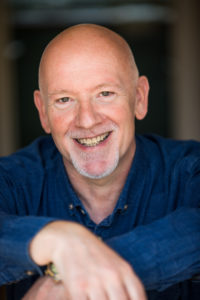 On behalf of all the trustees, it is with the greatest sadness I have to inform you our dear friend and chairman of Topic of Cancer passed away on Thursday. This was sudden and unexpected, and our thoughts are with his wife Hazel, their sons, their family and friends.

Kim was a wonderful, highly intelligent and motivated individual, reflected in his work life on various continents, his love of scuba diving and of course his motorbikes. I first met Kim, as a patient, in 2013. His journey through the diagnosis of his cancer and how he dealt with it is beautifully and sensitively recounted in his book ‘A Meeting with Sharks and Cancer’. Kim’s approach was always to try and understand his cancer and never to linger on the negatives, quickly rationalise the treatment proposed and move on with life as normally as possible. His energy and enthusiasm was remarkable, despite side effects of medication, setting up his first aid training company and later the enormous and sustained contribution to our charity, eventually becoming our chair.

Kim was a true gentleman, a kind and considerate human being, a model patient and friend who will be missed very much.

TOC Trustee and Professor on Medical Oncology, University of Surrey