Harnessing the power of bacteria and viruses 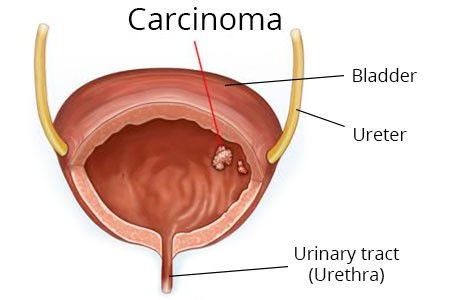 Around 10,100 people are diagnosed with bladder cancer each year in the UK. For ’superficial’ bladder cancer, wart-like cancers are removed by surgery initially.

In cases with a higher risk of recurrence, a bacteria known as Bacillus Calmette-Guérin (BCG) may be injected into the bladder to reduce the risk of the cancer returning. However, this is associated with significant side effects. The cancer has a propensity to re-grow, so patients are on life-long surveillance.

Aggressive, progressive cancers may require surgically removing the bladder in an operation known as a cystectomy. Current treatment with BCG dates back to the 1970s, has not progressed, is inadequate and has potentially severe side effects. A new, more effective, better tolerated treatment is urgently needed. 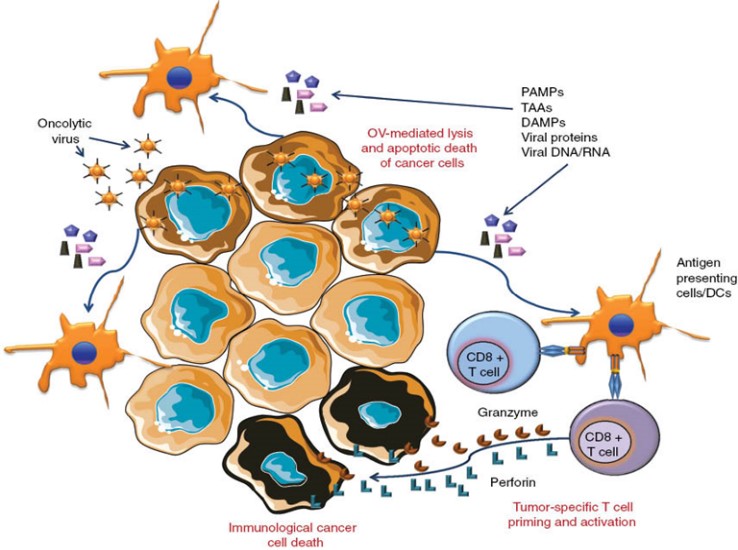 Current BCG treatment for bladder cancer is only partially effective and may be associated with several side-effects.

We will use our expertise in cancer-killing viruses to develop a new virus specifically for bladder cancer treatment.

It will be more effective than traditional BCG, but without the severe side-effects associated with BCG therapy such as pain and bleeding. Patients will tolerate much longer courses of the virus treatment and it could reduce the risk of recurrence of their bladder cancer. The virus will be engineered to be much more cancer-specific.

Immunotherapy is not a new discovery. The first indication that the immune system might be able to fight cancer was made in the 18th century when doctors noticed that feverish conditions in some cancer patients occasionally led to remission of their cancer. In the 1890s an American surgeon, named William Coley, observed that some of his patients suffering an acute infection with the bacteria Streptococcus pyogenes had a complete remission of their cancer. This was the first documented case of immunotherapy for cancer and proof that activation of the immune system, by an infection, can kick-start it into attacking the patient’s own tumour.

In addition to bacteria, viruses have also been investigated for use in cancer immunotherapy. The most widely used are ‘oncolytic’ (or cancer-killing) viruses which, in contrast to conventional virus based vaccines, are able to specifically target, infect and destroy tumour cells very efficiently.

This website uses cookies to improve your experience while you navigate through the website. Out of these, the cookies that are categorized as necessary are stored on your browser as they are essential for the working of basic functionalities of the website. We also use third-party cookies that help us analyze and understand how you use this website. These cookies will be stored in your browser only with your consent. You also have the option to opt-out of these cookies. But opting out of some of these cookies may affect your browsing experience.
Necessary Always Enabled
Necessary cookies are absolutely essential for the website to function properly. This category only includes cookies that ensures basic functionalities and security features of the website. These cookies do not store any personal information.
Non-necessary
Any cookies that may not be particularly necessary for the website to function and is used specifically to collect user personal data via analytics, ads, other embedded contents are termed as non-necessary cookies. It is mandatory to procure user consent prior to running these cookies on your website.
SAVE & ACCEPT
Scroll to Top
Loading Comments...